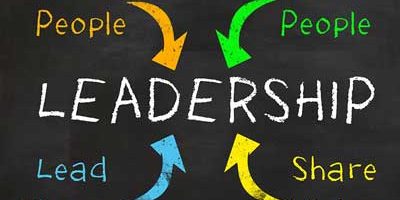 In this blog, we will look at two approaches used to study leadership.

In the 1920s, researchers looked at what personality traits great leaders displayed. they considered leadership traits to be a relatively stable personality disposition. Traits that were thought to make good leaders were intelligence, assertiveness, independence, and self-confidence. Proponents of the theory believed successful leaders had these characteristics and that they would become leaders no matter what situation they were in. Using this approach would mean that leaders from any business or politics for example would still be great leaders in sport and vice versa. Alex Ferguson would not only have been great at leading a football team but also in another sport, a multi-million-pound company, or even a country. On the flip side, this would also mean that people like Winston Churchhill and Gandhi would have made excellent leaders in sport.

This approach eventually lost favor after World war 2, when Stogdill (1948) reviewed more than 100 research studies on trait leadership and found that only a few consistent traits were found among successful leaders. He did mention that having certain traits may have been helpful for a leader but they were not essential for successful leadership.

Researchers then looked at the behaviors of leaders in a non-sports environment, (business, military, education, and government).

The research showed that these types of leaders fell into two types of categories;

Consideration refers to friendship, mutual trust, respect, and warmth between the leader and subordinates.

Initiating refers to the setting of rules, regulations, channels of communication, procedural methods, and well-defined patterns of organisation to achieve goals and objectives.

Both these types of leadership qualities are distinct but compatible, successful leaders tend to score high on both methods (Blake and Moulton, 1994). In sport, this type of structure could be a head coach who is strong in an initiating structure and an assistant coach who is equally as strong in consideration. the two would balance each other out and together become a good leadership structure for the team. This would also be seen in business, manager, and supervisor being one or the other.

In part three, we will look at the Leadership behaviors shown by great sporting leaders and also how the environment can affect leadership qualities.