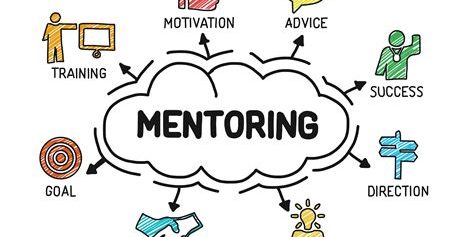 Much of the research carried out on coaches’ knowledge has identified coaching experiences and observation of other coaches as the primary sources of learning their craft. A high percentage of coaches and athletes have freely admitted to asking for advice from senior coaches and athletes and it has been considered one of the best tools available for young coaches/athletes starting out on their journey.

when asked, most coaches that are classed as experts in their given fields, have all considered themselves to have been mentored even informally. they had not only received advice through technical, tactical, and physical skills but also in ways related to philosophy, psychology, and how to value and work with people. Many of them realised years later that the mentoring they had received influenced there lives both inside and outside of their profession.

What should we get from mentoring?

Mentoring shouldn’t be a more experienced person just telling you what to do or always pointing our errors. the mentor should be learning from you as much as you do from them. It should be based on letting the person being mentored figure out the problems for themselves with little guidance from the mentor. It should be a discussion on what works and why that is always up for debate between the people involved. ( As long as you can back up what you are saying with evidence and not just opinion).

It should be regular meetings and discuss everything around the job the coach is doing. The sessions should be planned and the goals of the mentoring should be set out clearly from the start between all parties. The end goal should be that the person being mentored feels that they have gained a lot of knowledge, and have gained a career path. The goal of the mentor should be to get that person to the point where they could take over the mentoring role with future coaches and athletes. This is of course not a short process and can take years.