The effects of alcohol on recovery from training 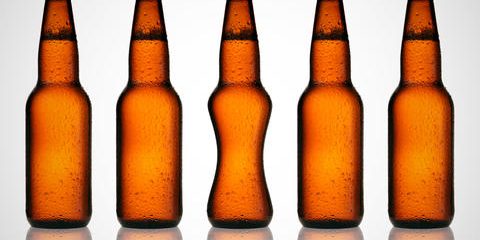 The effects of alcohol on recovery from training

In this blog, we will still follow the recovery theme and look at the effect of alcohol on recovery from training.  Alcohol plays a big part in our lives, people use it for 4 reasons, drink to cope, drink to be sociable, drink to enhance social confidence, and drink for enjoyment. (Smith, Abbey and Scott, 1993).

There are a lot of athletes who also drink alcohol to relax after training or competing, this can be seen as a drinking culture such as in rugby clubs, soccer clubs or even after-show parties at MMA or boxing events and has been shown to prominent in team sports compared to individual athletes. (Brenner and Swanik, 2007).

So, let’s look and see how alcohol can affect or recovery from training:

In a study done with rugby league players in Australia, the players were tested both 16hrs after the match having consumed alcohol 4hrs after the game. The results showed a large drop in the countermovement jump test, increased cortisol, and a decline in total time to perform a cognitive test. The researchers suggest that players should be aware of the detrimental effect alcohol has on recovery and should try to avoid it post-match. (Murphy et al., 2013).

However, after reading all the doom and gloom of alcohol and recovery, there is a bit of good news. A moderate beer after training was shown to have no negative effect on hydration when consumed along with water. (Jiménez-Pavón et al., 2015).

Jiménez-Pavón, D., Cervantes-Borunda, M., Díaz, L., Marcos, A. and Castillo, M., 2015. Effects of a moderate intake of beer on markers of hydration after exercise in the heat: a crossover study. Journal of the International Society of Sports Nutrition, 12(1).

Smith, M., Abbey, A. and Scott, R., 1993. Reasons for Drinking Alcohol: Their Relationship to Psychosocial Variables and Alcohol Consumption. International Journal of the Addictions, 28(9), pp.881-908.