Foam rolling, is it any use? 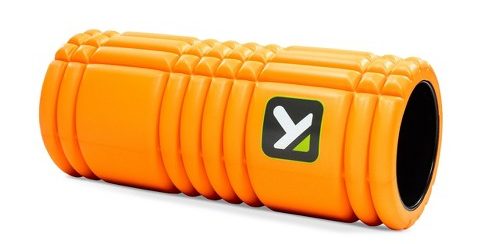 Foam rolling has been about for over a decade and is used as a form of manual therapy to reduce myofascial tightness. (Cheatham et al 2015) (Peacock et al 2014).

Myofascial tightness develops over time as a result of muscular microtrauma or after an injury. This can lead to scarring or thickening of the fascia which in turn can lead to a reduced range of motion (ROM), neuromuscular dysfunction, joint, nerve or vascular compression, reduction in strength, pain and injury, all of which affect physical performance (Healy et al 2014) (Barnes 1997) (Curran et al 2008)

Multiple studies have shown the effect of self-myofascial release (SMR) to be, improved ROM, increased muscle performance, enhanced recovery after exercise, and reduced stress. However, there is so much variation between studies regarding protocol and parameters, that there is a need for longer-term studies to add to the literature out there.

Let’s look at what the science says about foam rolling and try and breakdown what it is beneficial for.

Foam rolling for improving range of motion is probably the most studied aspect of SMR. Many studies have shown an increase in ROM after the use of a foam roller with durations ranging from 10secs up to 3mins. However, most of the studies including two by Bushell et al (2015) and Jay et al (2014) noticed that after improving ROM in hip extension after rolling the anterior thigh, the gain in ROM was lost and started to go back to the baseline measurement after just 10mins.

Bradbury-squires et al (2015) noted that longer bouts of SMR lead to greater changes in ROM and proposed that ROM may increase and become more permanent after prolonged everyday use. This needs more longer-term studies to prove this proposition.

All the studies that did show a beneficial difference in performance had used the foam roller for a minimum of 100secs, this is compared to the other studies that showed no effect who only rolled for anything between 5-30secs. So maybe longer bouts of rolling are more beneficial after all.

Some of the studies looked at showed that performing a total body SMR session along with a dynamic warm-up improved power, agility, speed, and strength. These were measured by vertical jump, standing long jump, !rm bench press, pro agility test, and 37m sprint. This was compared to the athlete performing a dynamic warm-up on its own.

This means that SMR would be a good cooldown option especially if the athlete may need to perform again in a short period of time.

SMR has been shown to improve range of motion, although it is usually short-lived lasting anything from 10mins to 30mins before returning to its original range. SMR and static stretching have shown greater increases in ROM although static stretching is detrimental to performance so it shouldn’t be used in a warm-up scenario. If the athlete is performing in an event using power, speed, agility, and strength then SMR has been shown beneficial as a warm-up when combined with a dynamic warm-up also.

SMR has also been shown to reduce the effect of DOMS with no negative effect on athletic performance. This would make it a great tool for athletes who compete in events that are performed close together.  It would also be a good tool for athletes to use as a cooldown along with static stretching as these two performed together have shown a greater effect on ROM.

There is a need for some longer-term studies to see the effect of SMR on range of motion over longer sustained periods.