Would you know play if you seen it? 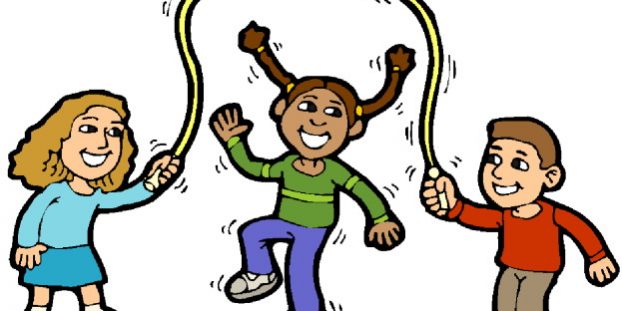 Play comes in many forms and they change with ages and stages of development. When you recognize the different types of play it makes it more interesting observing and supporting children’s play.

Every kind of play lays down a synaptic pathway in the brain, brain pathways that join to make ‘the information highway’ for higher learning.

In child development circles ‘schema’ is the label that has been assigned to the innate and universal patterns of children’s play.  A schema is a non-volitional or subconscious urge or energy which drives the child to play and move in ways that are integral to their being. ‘Non-volitional’ because children do not make these patterns happen, they come up from inside.

There are many such patterns, but here is a list of easily identifiable urges which can help you to understand what is going on:

Gathering: collecting items in pockets, trucks or bags and Transporting them from one place to another.

Deconstruction: exactly what you would expect from the name, breaking things, knocking them down, and they do this first. Then they are ready for Construction, building and making things.

Rotation: spinning around, rolling and playing with wheels, and Trajectory, throwing things, or dropping them, and climbing and jumping where the child himself is on a trajectory.

Enclosure: putting something inside something else, and getting into small spaces so that the child herself is enclosed.

Transforming: children’s alchemy: mixing, mud pies, potions; adding one thing to another to get something different.

Positioning: putting things into order and making patterns, and Connecting objects and collected items, joining them together.

As a parent, one of the best things about having an understanding of these urges is that we are able to recognize and support them in our children as soon as we see them.
Sometimes they will come through as what we might once have been seen as ‘inappropriate behavior, such as throwing objects in enclosed spaces or climbing on the table.  When we observe the behavior and recognize the urge we are able to redirect it, your child will be happy to throw something outside where it is okay or climb a tree instead!
It’s not about the action, it’s about the urge.  If the action is dangerous, harmful or inappropriate then find another similar outlet for the urge.  Try it, you’ll be amazed.

Exploratory: getting information on new things.
Before you ask: Yes, exploration is actually play. Gathering information about the new is the first step into play, the step upon which all other types of play are built.  When things are new, never seen or experienced before, a child needs to feel it, taste it, smell it, weigh it, balance it, step inside it… and the longer children play with the new treasure, the more information they gather.

Learning the name of the object isn’t half as important as gathering sensory information, although the name lets the brain file all the information for easy retrieval. For example, if I say “pinecone”, you retrieve all the sensory information you have about pinecones from your file. If I say aardvark you have an empty file. No experience means either no file or a one-dimensional entry from watching a documentary. Even a first-class documentary can never ever match the rich super-sensory file gained from exploratory play.

Repetitive: over and over makes it easier.
All learning involves the repetition that leads to mastery, play is no exception. You’ll see repetition in every type of play – it is as your Mother said, “Practice makes perfect”.

Physical: movement is life.
Physical play is coded into all mammals and we are mammals. Your child wants to swing, climb, jump, run, cartwheel – these patterns are coded into every child, just waiting to unfold. By moving, the body develops strength, agility, balance, dexterity and coordination. At the same time, the brain is also making new growth and connections because the body and brain are part of the one unit, the playing child.

Role-play: living the experience.
As social animals we desire to do what we have seen others around us doing, to have what we see others in our environment having.  For adults, this might mean wanting those designer clothes or going to that holiday destination. In children we see the same trait in the form of role-playing, acting and repeating experiences they have been party to, exploring what it is like to ‘live that situation’.

Imaginary play: the ability to bring to mind things and experiences that are not present.
This is the high form of play where anything and everything is possible. The stepping stone for imaginary play is exploratory play, because in order to bring to mind images of the imagined item, you first have to have a file of information to call upon.  You cannot imagine a cup if you have never seen, touched or held one before.  In imaginary play, the child calls up mental images from her memory files and ‘alters her world’: the tree becomes a horse, or a pirate ship, or a den. And she lives and plays, not in a two-dimensional virtual world, but in a three-dimensional world of her own making. Brain magic!

Therapeutic play: working through painful experiences.
At the most basic level, all play is therapeutic, it is good for the body, mind and soul. In particular, expressing inner experiences and trauma through play enables children (and adults) to work through the scars of emotional experiences.

How Many in the Mix?

The Dynamic Duo: the mother and baby ‘unit’.
From the very beginning your baby will be enjoying the intimate play of ‘mother & baby’; your gentle care and touch, your playful cooing and singing, your comforting rocking and kisses.  The sound of your voice and the movement of your body form a bridge from their world of the womb to the vast world full of everything else being new and unknown.  You are your baby’s introduction to the world.

Solo: doing your own thing, in your own time, on your own.
To begin with your baby will be totally engrossed in their own unfolding world of ‘solo’ play – after all, there is SO much to explore, by themselves, through their play. Even when your baby moves to playing with others, finding time to play solo is still important. Time to play and reflect alone can be a very beneficial learning time at every age.

Parallel: playing solo, side by side.
Being engrossed in your own play or work alongside someone else also doing the same is great company.  Adults do it in their jobs and babies and children do it in their play.  As social animals, we are quite happy with the easy companionship experienced in parallel play.

Cooperative or Social Play: joining in.
It is in our early cooperative play where we learn to negotiate, share, lead, follow, and spark ideas off each other. In cooperative play we learn the higher qualities of cooperation and collaboration – effortlessly. The American National Play Association’s research has shown that unless a child can play in unison and harmony with other children s/he will not be able to work in unison and collaboratively with others in adulthood.

A ‘Play-Ally’: the adult’s role in child play.
Rule of thumb: As an ally of children’s play, you learn more about your child and you enable them to learn more when you simply sit back and observe. When your child enters into their world of play, remember it is their world of play. Courtesy dictates that you do not enter unless invited, and even then, your role is not to ‘help’ them play, balance or climb.
There can also be times when play gets a bit rough and inappropriate. This is when a play-ally becomes the real teacher: inadvertently the adults teach the children how to behave when things are in conflict by the way they themselves behave when things are in conflict. Be mindful that peaceful, calm and fair play is the result of children downloading from peaceful, calm and fair behavior from their models.
Do unto others as you would have done to you.